After an incredibly intense week of training at work and settling into our new residence, it was time to explore an island! Luckily for us, Cat Ba is situated only an hour away by boat. However, this was our first time trying to navigate somewhere and with our luck with the taxis here*, I was worried we would get lost somehow.

*Most large cities in South East Asia have a company called Grab, basically the same as Uber. However, Hai Phong was yet to have this so the city taxi's were our main use of transport until we could buy motorbikes. Bearing in mind that no taxi drivers spoke English,  it was almost impossible to explain where we wanted to go. Even showing them the address on a piece of paper was pointless and  we often ended up at some hotel across the city causing many expensive cab journeys. Amy and I had this experience about three times a week!


Luckily this taxi driver knew exactly where he was going and we arrived at the port. We had only just decided we were going to Cat Ba a few hours before, we didn't have much time to research on what boat was the best. So, instead of the fast boat we ended up on a small boat that looked like a caravan packed with as many people they could fit in. We were initially worried that we might actually sink and drown but it was pretty fun! We were just so excited to get away for the weekend and see the beautiful Vietnam we were promised!

A short while later we arrived at our destination! The views. Oh my, the views will stay in my memory forever. Cat Ba sits just on the edge of Ha Long Bay - a natural wonder of the world. It is a small island with a village at the edge of it but it is mostly home to the national park. The national park is a world heritage site which has the gold headed langur - the world's most endangered primate. A road passes through the island and has another around it, making it a prime motorbiking experience. All I can say is, it is the closest I have felt like being in a Jurassic Park movie, without the terrifying dinosaurs.

Once we arrived at the port, we rushed up to our room. Our room cost £6 a night at Trung Hoa Hotel. It is a basic hotel but has all you need! I really recommend staying here if you're on a budget and the views are worth much more. Unless a special occasion, I am all about exploring outside the hotel rather than staying in one so it really didn't matter to me as long as I was comfortable sleeping. You can also rent a motorbike from the owner for around £5 a day. Bargain!

Once our bags had been dropped to the room, we immediately changed into our swimwear and went to the beach! The beaches in Cat Ba have golden sand but to our surprise, the water is green and not blue. It is clean water but the water all around the islands was this colour. We grabbed a beer and headed into the water for a much needed cool down. We spent a few hours relaxing on the sand and drinking coconuts before we headed back to the village to get our drink on.

My 24th Birthday! I couldn't believe I was actually in Cat Ba for my birthday. I felt like the luckiest woman. So to make this day even better, Josh, David, Amy and I booked to go on a boat tour of Ha Long Bay. This tour cost around £20 and would last a whole day including lunch. 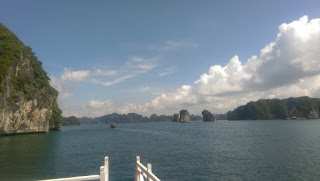 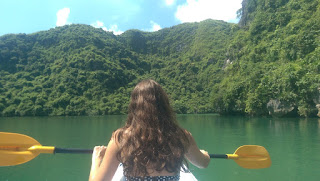 The sun was shining (my ginger boyfriend was burning!) and I was having the time of my life. I think we all couldn't stop saying 'Wow, look at that' about a million times that day. We sailed around the islands and eventually came to a floating village which rented out kayaks. After an initial panic of getting in them on the water and Josh messing around trying to tip the kayak to make me scream... it was a beautiful hour relaxing and exploring caves. I definitely recommend doing this! Time for another quick beer and back onto the boat to continue our tour. 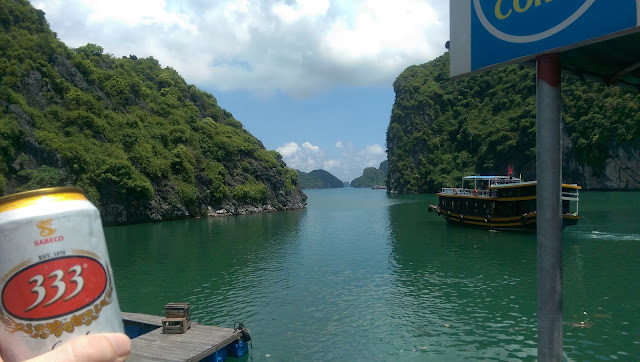 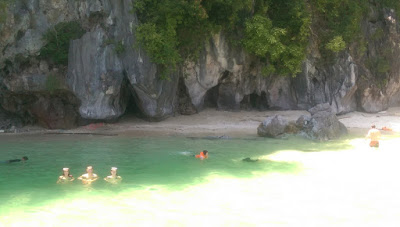 Our next stop was snorkelling on this secluded beach. For everyone who wears glasses, you can understand the frustration of wearing prescription glasses in the water just to see around you... adding goggles on top of them glasses were even more annoying! However, we weren't actually able to see anything under the water - that is until David started shouting he 'saw a massive fish and it's right behind us' which put me in a panic! I am also starting to realise that I was in a panic throughout most of my time here! Nevertheless, it was great to jump in the water and swim in this amazing place.

Another incredible part of this boat tour was the floating villages. People live in these secluded floating houses where their daily life is fishing and selling their goods. Their life is so simple yet desirable as they live within this breathtaking scenery. However, it also makes you feel privileged to know back home you have a warm brick house which provides comfort and that the nearest shop to you is just down the road where you can buy almost anything you like. The people that live here are so welcoming, loving and truly happy that it makes you envy their gratitude for the simple things.

At the end of the boat tour, we stopped at Monkey Island. This I do not recommend if it can be helped. There were about 6 monkeys in total (not the endangered ones), and every tourist under the sun gathered here. There was no shade and we left our bags on the boat which we were unable to get back onto so getting a drink for an hour was impossible. It might not seem like a long time but that heat is something else. We walked to the end of the beach and hid in between some large rocks (we had a ginger with us, we had to find emergency shelter!).

On our last full day in paradise before we headed back to the city to start teaching, we bit the bullet and decided to rent a motorbike. I didn't actually drive a motorbike at any point in Vietnam and I let Josh do all the driving - I trusted him way more than I trusted myself! So my life was in his hands and I was fine with that. I had to be really, there was no way I was going back in them taxis! 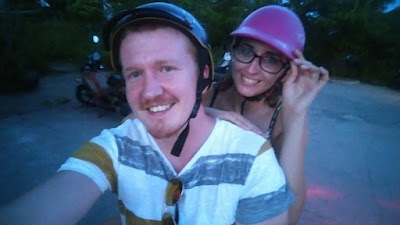 After getting used to the bike, we drove to the Cannon Fort, which was first built by the Japanese in WWII and later used by the French and Vietnamese during subsequent conflicts. There are various underground tunnels to explore with an incredible view at the top. There is also a cafe which sells coconuts to drink - if you don't know this about me... I am obsessed with coconuts and aimed to get a photo with a coconut at every location.

We drove to Thien Long Cave which had a huge set of stairs outside to get in. This was exhausting but the cave itself was impressive with narrow winding paths eventually leading to an exit.

Driving further into the island, we came across a lake where local families were swimming and enjoying their day. This place was called Cat Ba Hills - a play on the Hollywood Hills. There isn't much information about this place online and it was only by chance that we found it. There were only a few families here and I believe that it is probably more known to the Vietnamese than foreign tourists. I thought it was pretty cool and I was roasting but unfortunately I didn't bring my bikini so remaining sweaty it had to be. 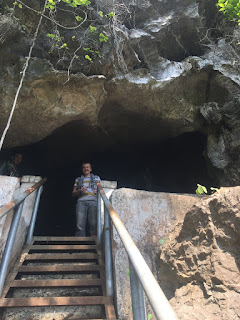 Our next stop was Hospital Cave. After another steep set of stairs, we reached the top and to the entrance of a very strange location. This cave was an actual bomb-proof hospital during the American War* and was a safe house for Viet-Cong leaders. It was built between 1963-65 and was in use until 1975. This place was huge but it was hard to picture it in its heyday. It was literally a cave divided into 17 rooms, and a damp one at that. I was unable to take any photos as the guide did not allow it.

*It is called the American War in Vietnam instead of the Vietnam War. This does make sense.


After a fun filled weekend exploring the island, it was time to say goodbye and get on the (fast) boat back to Hai Phong. The stress of teaching for the first time was to commence and I had grade 4 to look forward to... 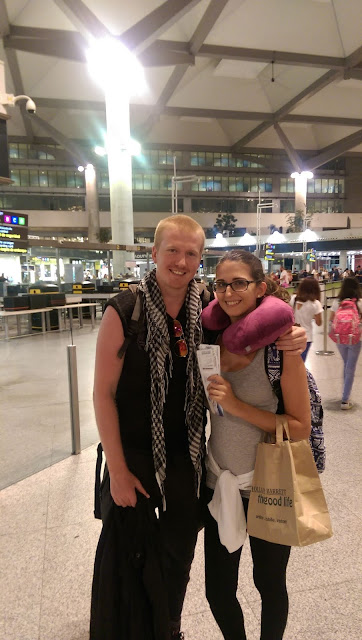 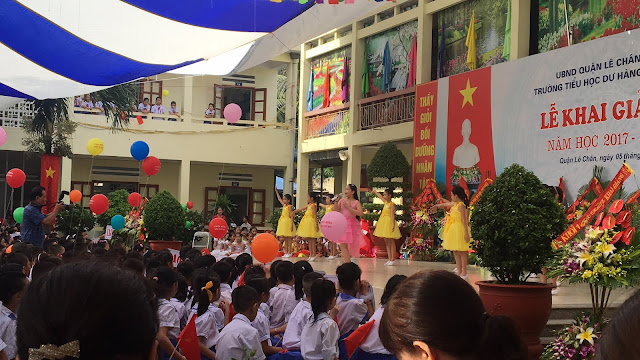